You can’t understand light without the darkness. You can’t really conceive of goodness without the bad, and no one knows better than Clive Barker that without pain, our concepts of pleasure are grossly undefined.

In his directorial debut, Barker shows us a world in which some of the characters pursue their darkest sadomasochistic fantasies. Without really showing much in the way of the kinky, Barker manages to suggest enough through costume and tone that this movie is about our darkest desires and the consequences of pursuing them. Combined with his usual supernatural slant, he introduces us to the Cenobites…something out of the darkest reaches of the sexual spectrum. 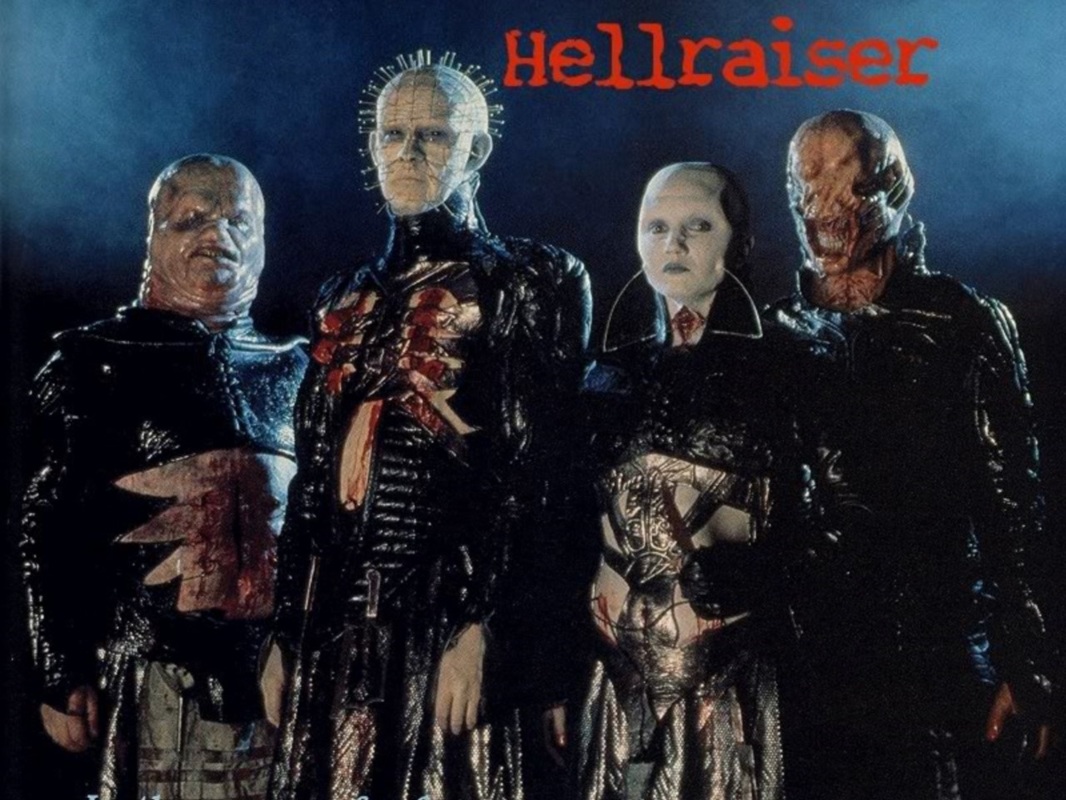 The concept of pleasure through pain is clearly linked in this film. The character of Brother Frank actively seeks out the pleasures of other worlds and is introduced to them through the Cenobites by opening a puzzle box that is actually a doorway to the Cenobites’ universe.

Most people cry out when they are sexualized or objectified. To the masochist, becoming an object is the point, bound, gagged, immobile, at another’s whims, is something to be sought out. The whole sadomasochistic scene is a balance, a power play between participants. In actuality, it’s not really about the pain…it’s about the control one person exhibits over another. 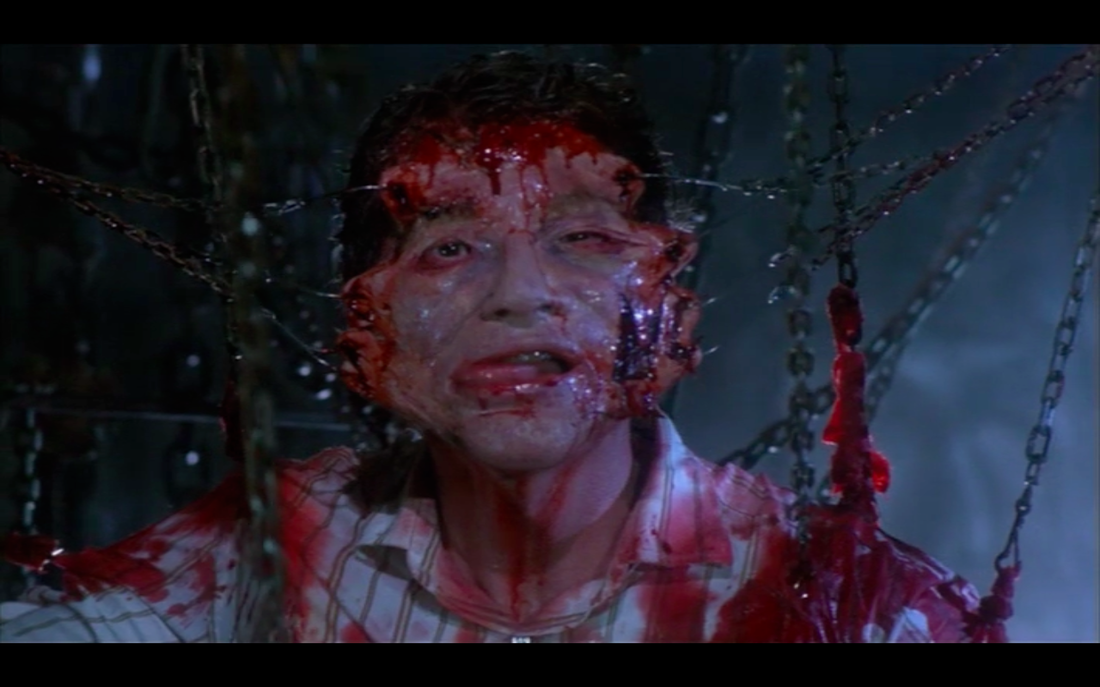 It wasn’t until 1980 that the American Psychiatric Association removed S&M from its Diagnostic and Statistical manual of Mental Disorders. This film came a mere 7 years later and was, therefore, quite shocking. What was considered taboo is now scene as an almost healthy way to express emotional release as well as sexual release. As a matter of fact, the goal of most S&M encounters is not orgasm but catharsis.

In 1905, Freud reported that when children witness adults in the sexual act they register it as an act of subjugation or ill treatment. He also reported that the desire to be submissive comes from the guilt of wanting to dominate. To Freud, it was all pathological. But to many who have studied the subject since, they see it as completely separate communities, and sexual sadism as the bad guy. 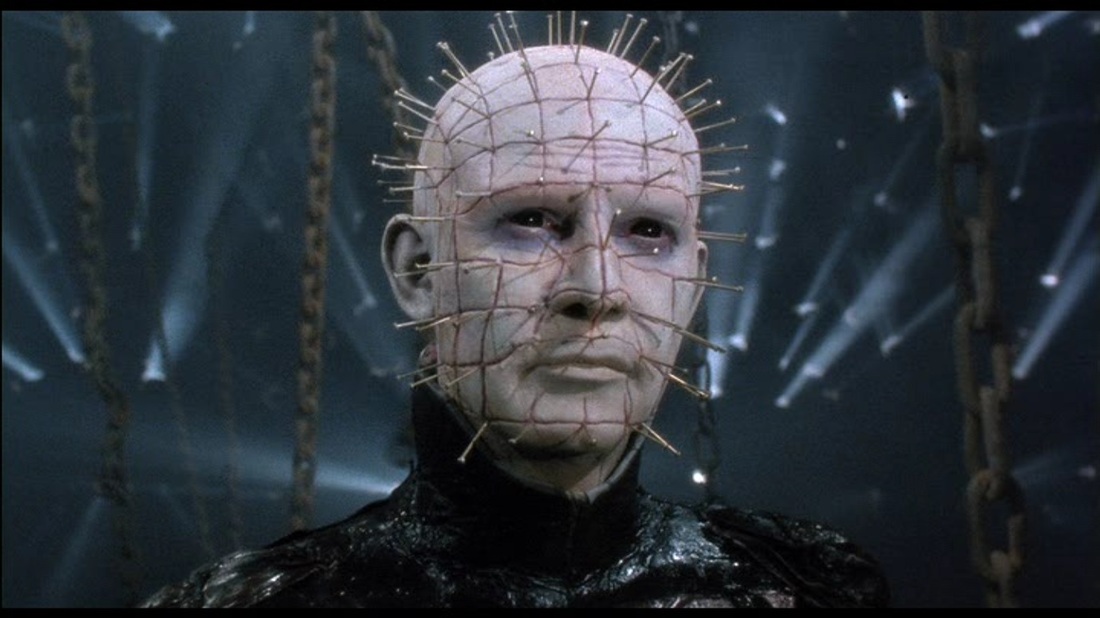 In the film, the head Cenobite says to Kirtsy about the box, “It opens doors to the pleasures of Heaven and Hell. Pain and Pleasure…indivisible.”  Later he says, “Some things have to be endured and that’s what makes the pleasure so sweet.” Both of these are examples of the S&M attitude.

Barker also throws in the usual tropes and codes of literature…Kirsty wears white throughout most of the film (white dress, white T-Shirt, white hospital gown, etc.), whereas Julia wears black. The film is littered here and there with religious icons that eventually are discarded. The fact that Brother Frank has to be invited into the house aligns him with most traditional evil creatures such as vampires. It’s all there.

But what I find most interesting is the motivation of the character of Julia. She cheats with her husband’s brother. We get no real motivation for this other than he’s the dark, bad boy dominate type and she is seduced by his strength. In fact when they were trying to think of a name for this film other than “The Hellbound Heart” (the name of the novella Barker wrote that he based the film script on), on old woman on the crew suggested they call it “What a Woman will do for a Good Fuck” which pretty much sums up Julia’s motivation to kill others so that her lover can return to life from the dead.